Games for older Windows systems require an old version of the Microsoft OS such as Windows XP or Windows 98: you can run them using a virtual machine. Games for Windows 3.x require DOS with Windows 3.1.

Curse of the Azure Bonds
DOS

Windows game of the week 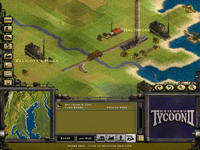