221B Baker Street other 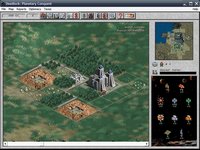 King's Table: The Legend of Ragnarok