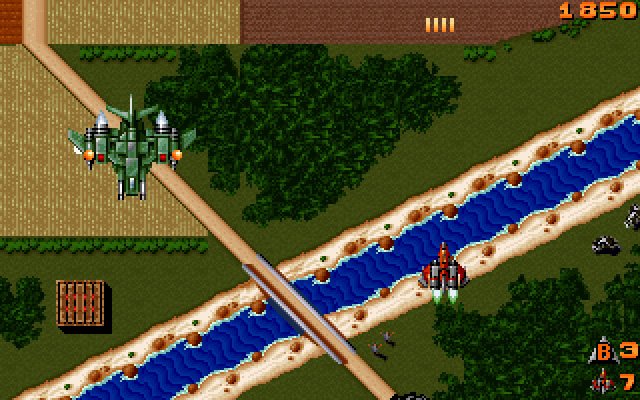 Shoot 'em ups were extremely popular in the '80s and '90s, even among PC owners.

In a shoot 'em up, players control some sort of vehicle (or an aircraft) with the only goal of destroying the largest number of enemies while dodging their bullets as long as they can. Through the years, shoot 'em ups evolved to include features such as end level bosses, multiple weapons and power-ups.

My favourite shoot'em ups for DOS back in the day were: Tyrian 2000, Raiden and Invasion of the Mutant Space Bats of Doom (yes, I'm serious).