Empire: Wargame of the Century manual 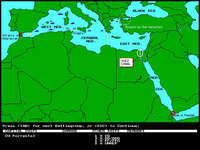