Commandos: Beyond the Call of Duty 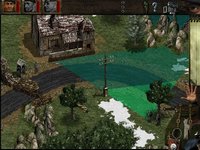