Keef the Thief: A Boy and his Lockpick 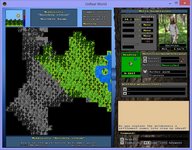