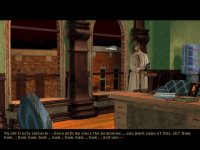 Tex Murphy: Under a Killing Moon