EcoQuest: The Search for Cetus walkthrough 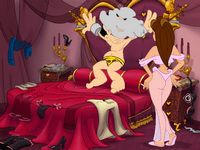