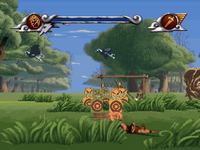 Prince of Persia 2: The Shadow and the Flame