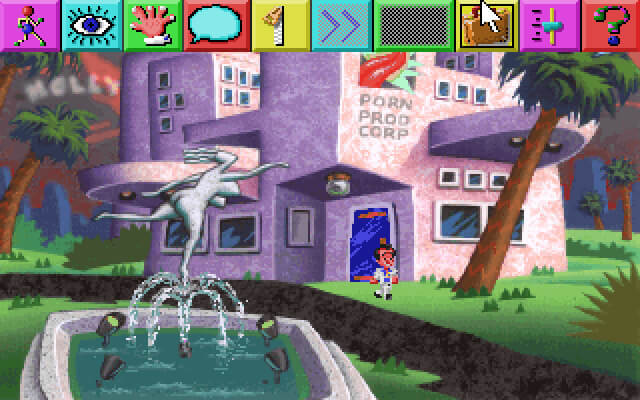 Abandonware DOS is made possible by displaying online advertisements to visitors.
Please consider supporting us by disabling your ad blocker.
Leisure Suit Larry series is one the pioneers of the adventure genre. And not just that, the series broke the chains of mainstream content, dealing with themes that were considered mature and dirty for its time, although they are not anything near that by today standards. And that was the key of its success, along with the very good, and a bit corny humor, that made the game a Legend.

The hero, Larry Laffer, is just an ordinary guy anyone can relate to. He's in his forties, bald, with a funny voice and is in fact a virgin in the first game, which came out in the distant 1987.

Sequel followed quickly, some good, some less good, but nonetheless still worth of your time. The best of the series is without any doubt Larry Suit Larry: Love for Sail. With its cartoonish graphics and awesome humor, it's worth your time even today. If you want to find out more about this legendary game series, check out this Leisure Suit Larry page and you'll get a glimpse into the legend of Leisure Suit Larry.