Elite is back, and it's more dangerous than ever 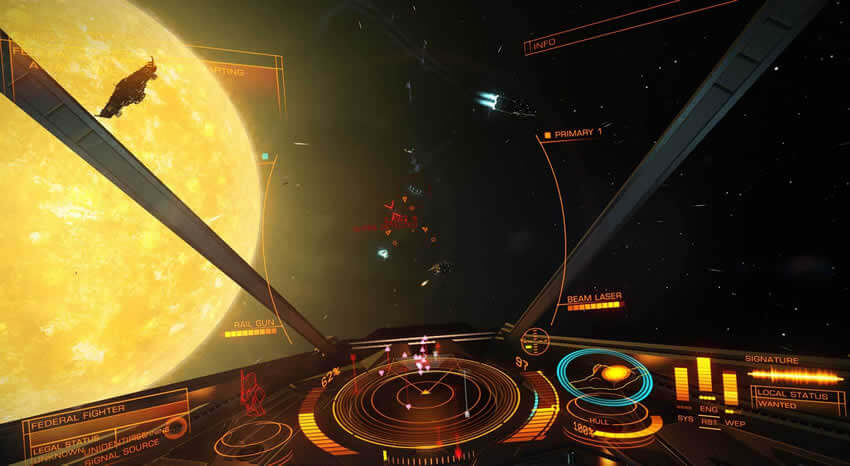 I'm sure I'm not the only one here to love space simulation games. I admit I didn't play the original Elite a lot... but I literally consumed Frontier and I had my share of battles in the more recent Eve Online.

Someone called space sims a dead genre, with only a handful of valid titles on sale (the Egosoft X series comes to mind). David Braben (one of the minds behind Elite) and Chris Roberts (the designer of Wing Commander) didn't think so. They managed to raise a lot of funds via kickstarter to start their own projects. While Chris Roberts is busy with his still to come Star Citizen, David Braben is ready with Elite Dangerous. By "ready" I mean that Elite Dangerous is out today.

Take control of your own starship in a cutthroat galaxy.

In the year 3300, across the vast expanse of an epic, full-scale recreation of our Milky Way, interstellar rivalries flare as galactic superpowers fight proxy wars.

Some may know you as an ally; others will call you a pirate, a bounty hunter, a smuggler, an explorer, an assassin, a hero... Fly alone or with friends, fight for a cause or go it alone; your actions change the galaxy around you in an ever unfolding story.

Start with a small starship and a few credits, and do whatever it takes to get the skill, knowledge, wealth and power to stand among the ranks of the Elite.


Find out more about Elite