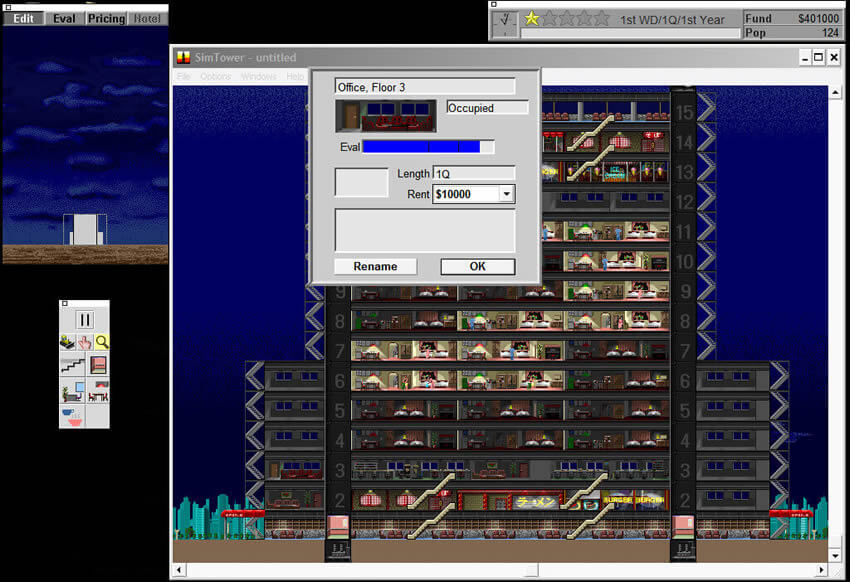 SimTower is an old Windows 3.x (1994) building and business simulation game where the player is tasked with the management of a skyscraper nonetheless. Raise floors, build apartments, shops, offices and try to avoid bankruptcy if you can.

SimTower spawned some similar games for mobile devices, most notably the wonderful Tiny Tower, It's surprisingly good even after all these years.

OpenBook (developers of the original SimTower) released a sequel under a new name called Yoot Tower for Windows in 1998.