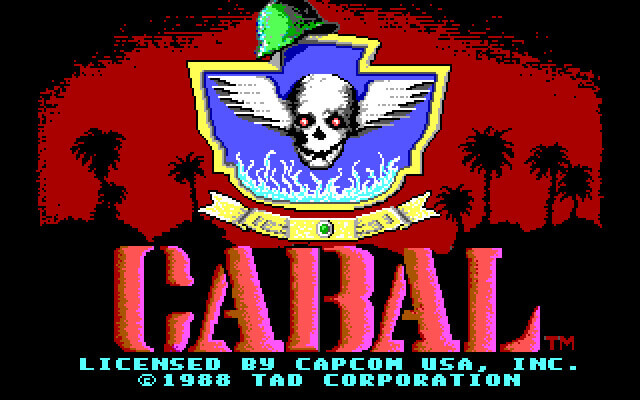 Cabal is an abandoned arcade conversion of a popular shooter game set in Southeast Asia during the Vietnam War. Cabal was developed by TAD Corporation and released by Capcom in 1989 for DOS.

Zero Magazine (issue 06) wrote: "The idea in not only to shoot everything that moves but also most of the scenery. This renders the opposition "sitting ducks" and often drops goodies to your baseline. Yummy, a super-duper machine gun. Oooh look! Grenades! Just what the international arms dealer ordered. In two player mode, the fun is doubled as it's a case of scrambling for the power-ups. Unfortunately co-operation is the name of the game, since you can't shoot your partner. Shame."

Cabal was followed in 1990 by Blood Bros., though the sequel had a western theme as opposed to Cabal's Vietnam-era theme.

You can play Cabal directly in your browser on Abandonware DOS!


Find out more about Cabal