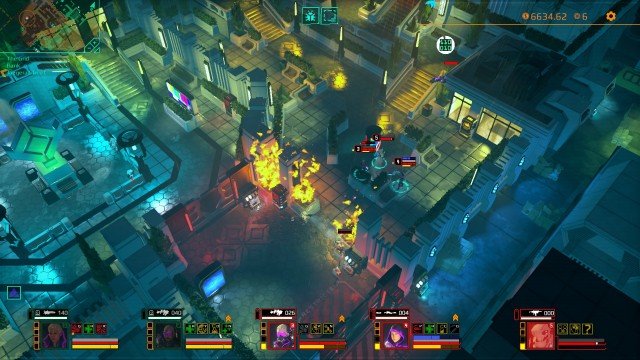 In Satellite Reign you control a team of four agents and roam in the neon-lit alleys of a big cyberpunk city. Sounds familiar? That's because Satellite Reign was developed by the creator of Syindicate Wars (NOT the original Syndicate).

The objectives can be completed in different ways and Satellite Reign promotes emergent gameplay. Brute force, hacking, propaganda are all viable options.

The city is fully simulated with people walking, cars passing by, neon flickering on the buildings. Satellite Reign is available both on Steam and on GOG.