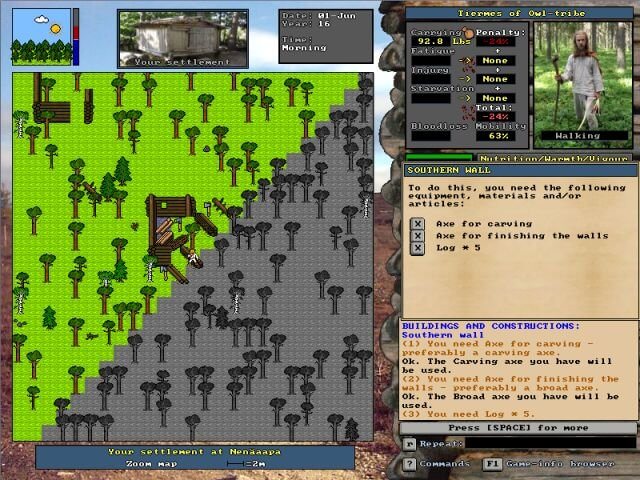 UnReal World is a roguelike rpg game released in 1992. It's currently freeware and runs on Windows. UnReal World can be described by the keywords: auto mapping, open world, procedural generation, turn based, fantasy.
Learn more