Abandonware spotlight: Defender of the Crown 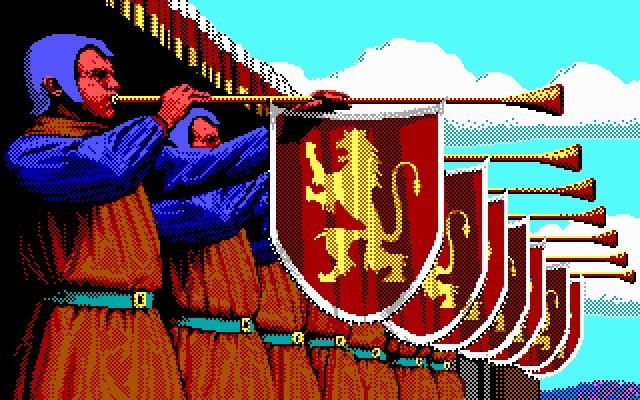 Lalallala, lalallala, la la la la la lallala. Well, that's how I remember the music of Defender of the Crown, one of the most peculiar games developed by Cinemaware (also their first one!).

Set in medieval England, Defender of the Crown was a mix of strategy and action. You had to choose carefully the territories to attack with your armies and engage in side activies like jousting, dueling your way to some lovely princess or laying siege to castles.

The graphic quality was top notch for the time (it was 1986), expecially considering that Defender of the Crown was developed for Commodor Amiga, and later ported to other home computers (Commodore 64, Spectrum, Atari ST, etc.). Defender of the Crown was so very well received that years later, a resurrected Cinemaware Inc. ported it on modern systems and consoles too.

You can now buy Defender of the Crown on GOG.com for a few dollars.

Related game: Defender of the Crown