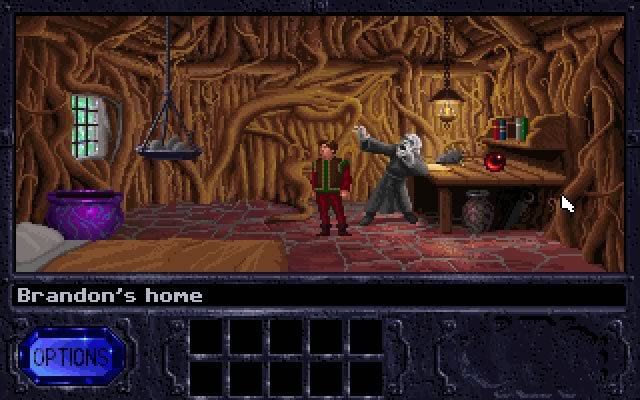 Legend of Kyrandia is the first installment of the series of the same name. Kyrandia is a classic point & click adventure game set in a fantasy world; it was developed by Westwood Studios and published by Virgin in 1992.

There are different versions of the original Legend of Kyrandia. One version has slightly different dialogue, there is swearing and some light adult humour.