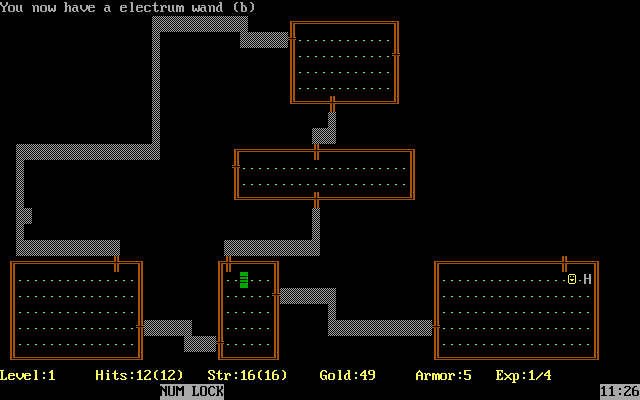 If you're into roguelikes, you already know what Rogue is. Rogue is one of the first RPGs in the history of video gaming. It's a text-based dungeon crawler in which you have to fight your way in the dungeon to recover the Amulet of Yendor. Rogue became popular around 1980 on mainframes and later ported to various platforms, including DOS in 1984.

Rogue is simply the father of all the roguelike games that came later. If you don't know what a roguelike is, well, it's an RPG where you die a lot, but every time you start, everything is different (in two words: procedural generation).


Find out more about Rogue