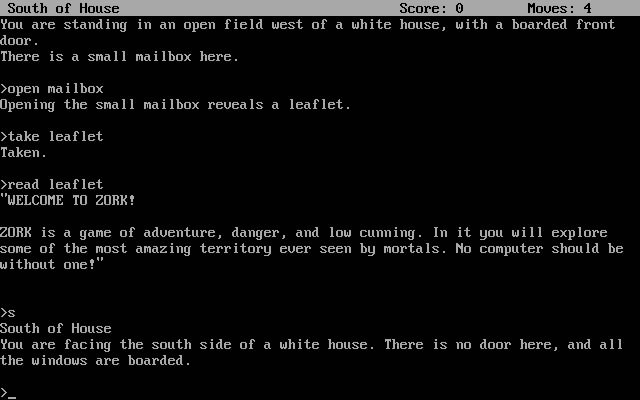 Zork is one of the most popular text-adventures and one of the first interactive fiction games ever created. The first Zork was developed in the seventies and ported on various platform by Infocom in the early 80s. Infocom was one of the most prolific developers of text-adventures for home computers and created memorable interactive fiction games; Zork was perhaps their most popular one.
Zork I was selected for All-TIME 100 video games at TIME.com.

The original version published by Personal Software contained:
- a disk
- a 36 page booklet
The folio edition contained also a piece of paper with the instructions.

The re-release grey box edition contained the following feelies:
- the booklet "The Great Underground Empire: A History" by Froboz Munbar
- an instruction manual
- a map


Find out more about Zork I: The Great Underground Empire