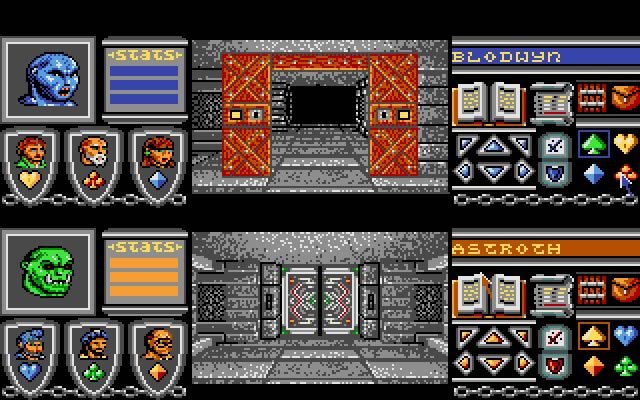 Bloodwych is an abandoned RPG set in the fantasy world of Trazere. Two players can play at the same time in split screen mode, a feature that was unusual at the time, especially for an RPG. Bloodwych was released in 1989 by Image Works for DOS, Amiga, Amstrad CPC, Atari ST, C64, ZX Spectrum.

Zero Magazine review: "I can foresee Dungeon Master purists turning their 'oh-so-disdainful' noses up at this apparently inferior attempt. But it's not. The interaction elemant and two-player option add something news to what could become a stale genre. If you can forgive yhe jerky graphics, fairly poor animation, and slightly unwieldly controls, then Bloodwych will put a big grin on your face and a big dent in your social life."

The game had an add-on pack released called Bloodwych: Data Disks Vol 1 (AKA Bloodwych: The Extended Levels).A modified map for the first level of the game was produced as a demonstration level, and featured on the coverdisk of Issue 1 of the ST Format magazine. Bloodwych was followed in 1994 by Psygnosis' Hexx: Heresy of the Wizard.


Find out more about Bloodwych