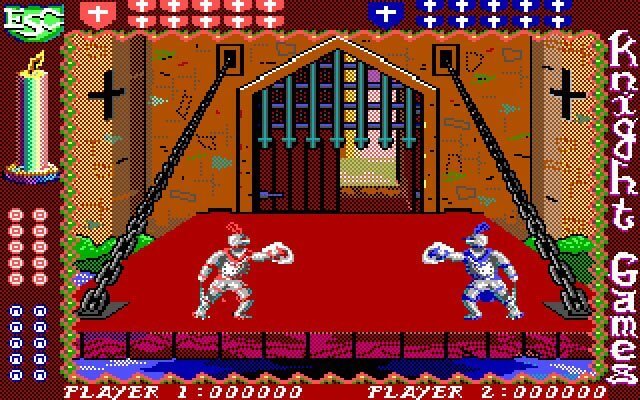 Olympic games were something back in the 80s and the 90s: Winter Games, Summer Games, California Games, anything-you-can-think-of games. Some imaginative developer thought that the world needed a different kind of "multisport" game and came up with he idea behind Knight Games.

"What Knight Games lacks is the feeling of playability with games where skill is needed. In six of the eight events the most effective policy is to move the joystick as fast as possible. not worrying about who or what is hit.
To get the most from Knight Games it is necessary to play against someone, not the computer, and even then, six out of the eight events are relatively similar.
For dedicated fans of Kung Fu/Sports games Knight Games will undoubtedly provide hours of fun; on the other hand it is unlikely that anyone else could justify the price." - Your Computer Magazine (1986)


Find out more about Knight Games