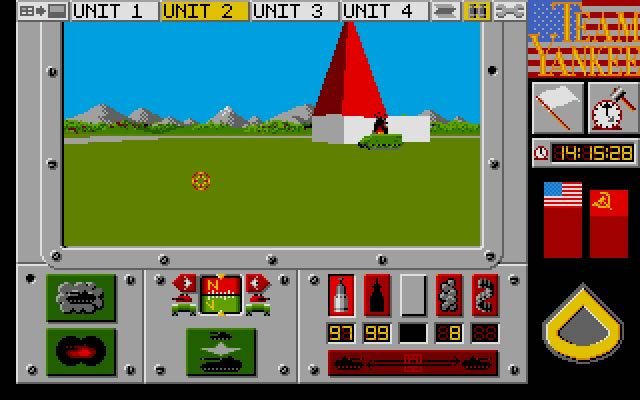 Simulation and vehicle simulation games are often the least remembered video game genres by retro gamers. While many simulations did achieve a certain degree of success back in the day, quite a few fell in the dark pit of forgotten retro games. Let's see how many of these you can remember.

A really old and peculiar simulation of Italian city-states. I wonder if Sid Meier ever played Santa Paravia en Fiumaccio before having his eureka moment with Civilization.

A space combat and action-oriented simulation space game. There are better space-sims, but it's ok. Epic was followed by a sequel called Inferno.

I remember playing After Burner at a local bar: it was very popular. Its smooth gameplay and action-oriented design assured After Burner success. Maybe home computer conversions were not quite like the original, but it deserves to be remembered.

Tank simulations are not that many. Sure, there's World of Tanks, but it's an exception and a very recent one. Team Yankee and its sequel Pacific Islands were a joy to play: not burdened with a complex keyboard configuration and a bit more action-oriented than most vehicle simulations.