Graphic adventures with a text parser 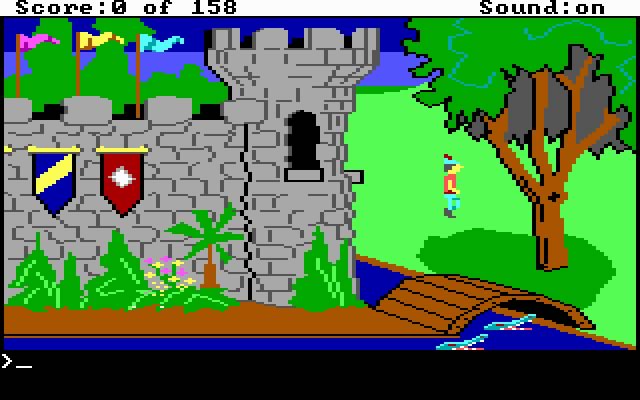 There's a fine line between a "text adventure" (also called interactive fiction) and a modern graphic adventure. Before the advent of point & click adventure games such as Monkey Island, Gabriel Knight or Day of the Tentacle, designers first attempted to create graphical adventure games with a text-based interface. You had to move your character with arrow keys and type in commands like "open door" or "take book".

The one company that above all others took advantage of this kind of interface was nonetheless Sierra On-Line. King's Quest, Leisure Suit Larry and Space Quest were just a few among their games to be designed this way: gorgeous graphics and text-driven interface.