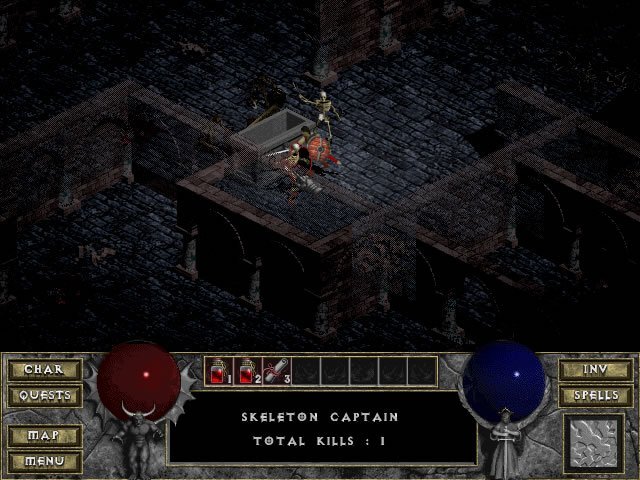 In 1998 happened something that would later change the whole world and the way we use the Internet: Google was founded. In the U.S.A. Bill Clinton is having trouble with Monica Lewinsky. In Russia the Rouble devaluates quickly. Microsoft releases Windows 98 (now abandonware...?). Some of the most popular movies of 1998 were: Titanic, Armageddon, Saving Private Ryan, Deep Impact.

The 1998 CODiE awards went to Diablo (perhaps the first blend between roguelike and hack and slash), Red Alert (one of the best Command & Conquer games), Riven (the sequel to Myst) and a bunch of other games: