Zool: the ninja from the Nth dimension 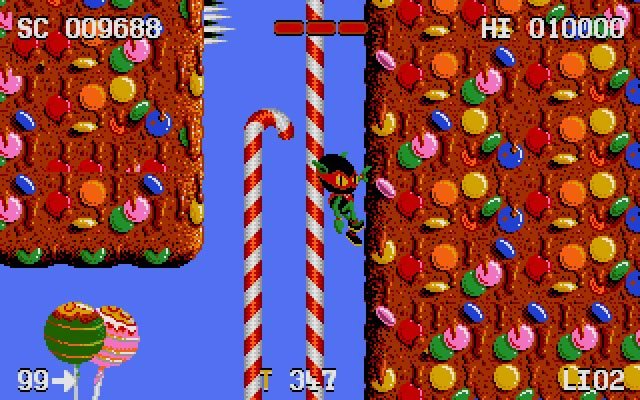 Zool was to Amiga what Sonic was for Sega consoles: a cool protagonist (a ninja of the Nth dimension!) for a high adrenaline action platformer. Zool was designed by George Allen and published by Gremlin in 1992 and it was an instant success. It was ported for many platforms, DOS included, and followed by Zool 2 in 1993.