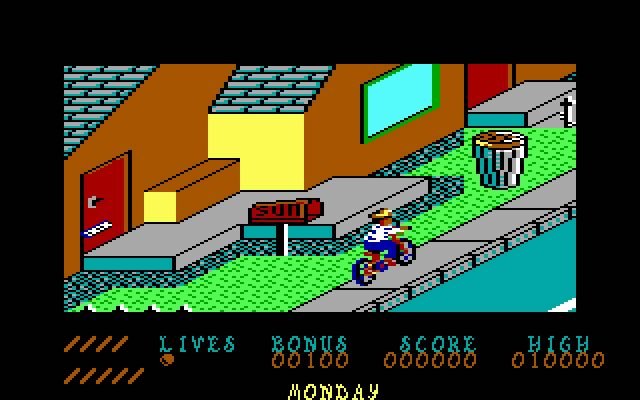 Paperboy was an unusual arcade hit by Atari later published by Mindscape for DOS. Paperboy gameplay is peculiar: you control a boy on a bicycle and you have to deliver newspapers to a number of houses while avoiding dogs, cars and other obstacles. A sequel called Paperboy 2 was released in 1991 for home computers and console.


Find out more about Paperboy