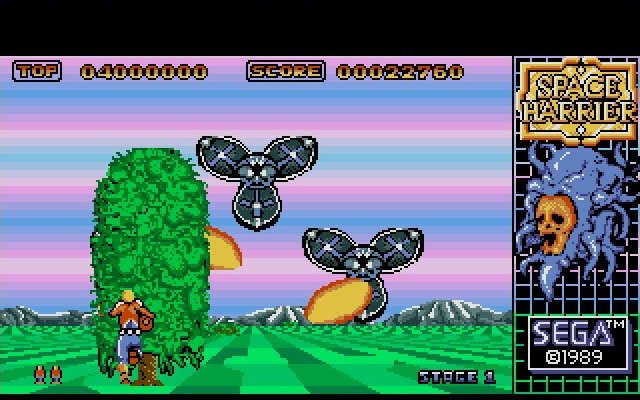 
Space Harrier is a 3rd-person view rail-shooter developed by Sega in 1985. Space Harrier was a hit in the arcades, and later it was converted for a number of platforms, including DOS (4 years later!). The sequels - Space Harrier 3D and Space Harrier II - were never ported to DOS.
Find out more about Space Harrier