Quest for Glory 2: Trial by Fire - Adventure and RPG mixed 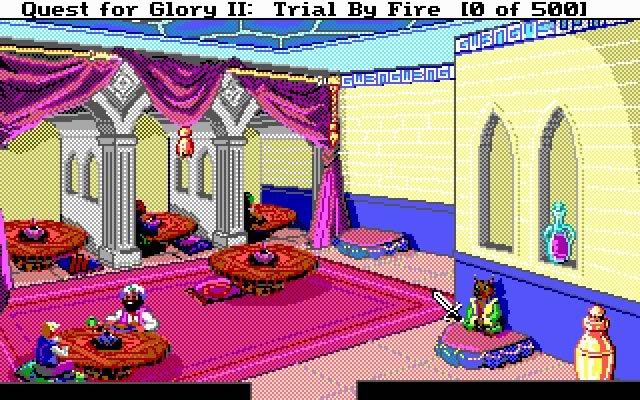 Quest for Glory 2: Trial by Fire is a the second chapter in the Quest for Glory series. Trial by Fire is an adventure game with RPG elements (at the very start the player must choose a class from the three available: fighter, wizard, thief) set in a fantasy setting inspired by Middle East lore. It was developed ad released by Sierra On-Line for Amiga and for DOS in 1990.

More info about Quest for Glory 2:

QFG II is the only game in the series to not have originated or have been remade beyond the EGA graphics engine by Sierra On-Line. However, AGD Interactive released a VGA remake of the game using the Adventure Game Studio engine on August 24, 2008.


Find out more about Quest for glory 2: Trial by fire