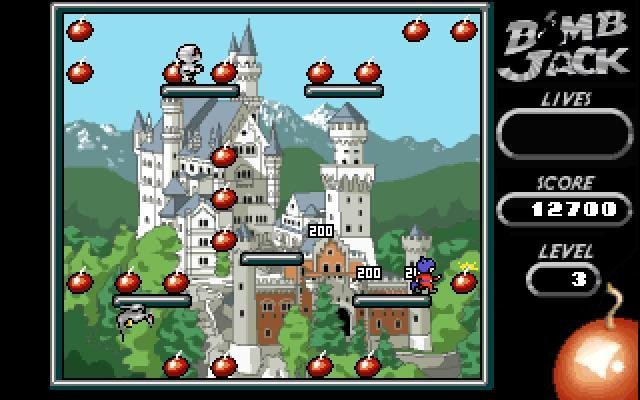 Bomb Jack is a classic arcade platform game developed and published by Tecmo in 1984. The goal of the game is to collect bombs while avoiding enemies; the whole game takes place in a fixed screen. Bomb Jack for DOS is a conversion from the arcade original version. The arcade and the conversions were a huge commercial success.


Find out more about Bomb Jack