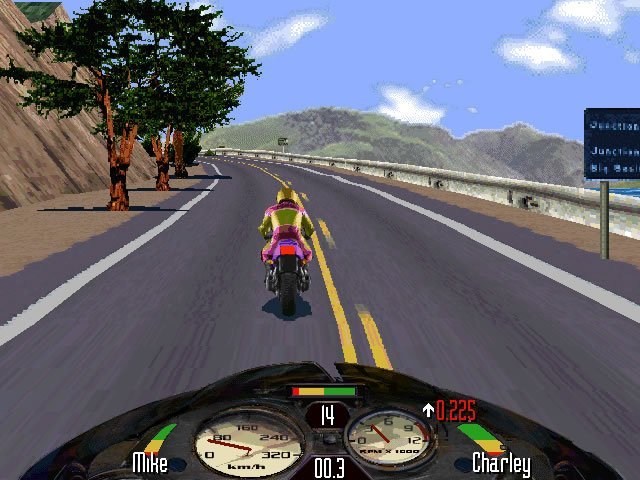 Road Rash is an abandoned motorcycle racing game developed by Papyrus Design Group and released by Electronic Arts in 1996. Road Rash runs on Windows XP/98/95 but was also published for Amiga, Sega Genesis, Sega Master System, 3DO, Game Gear, PlayStation, Saturn, Game Boy. In Road Rash you're a motorcycle racer that needs to win against other racers by any means possibile, including violent ones. Road Rash was quite successful and was followed by a few sequels.

Road Rash was followed by two sequels on the Genesis, Road Rash II and Road Rash 3, as well as further spin-offs developed for later platforms such as the PlayStation, Nintendo 64 and Game Boy Advance.


Find out more about Road Rash