How to play BurgerTime 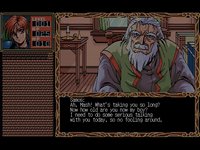