Lakers vs. Celtics and the NBA Playoffs
1989 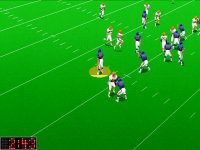