Megatraveller 2: Quest for the ancients manual 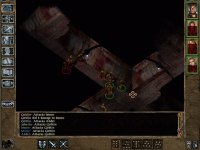