Visions of the Aftermath: The Boomtown
1988 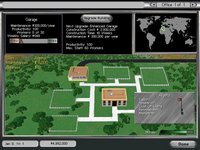