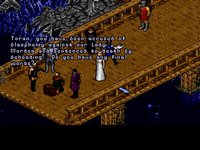 Ultima 1: The First Age of Darkness