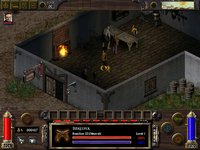 Arcanum: of Steamworks and Magick Obscura