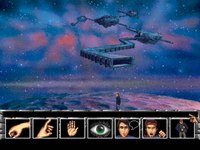 Star Trek: the next generation - The transinium challenge