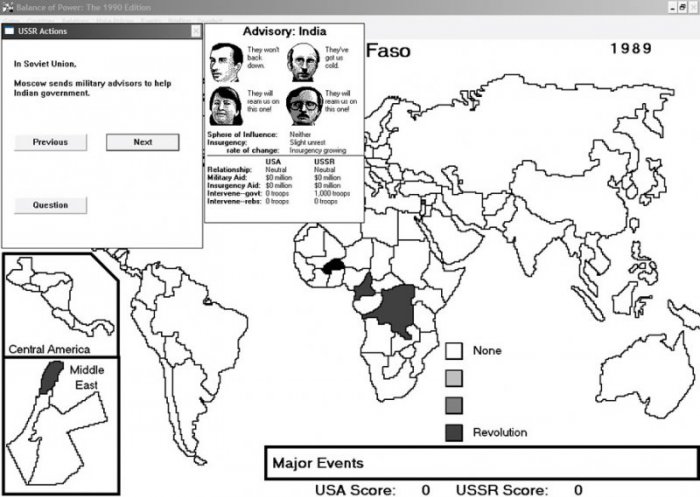 
Chris Crawford is a computer game designer known for simulations and strategy games, including the popular Balance of Power. Among developers he became known for his passionate advocacy of game design as an art form, founding both The Journal of Computer Game Design and the Computer Game Developers Conference (now called the Game Developers Conference).
Find out more about Balance of Power: The 1990 Edition