comments (0) / downloads
SimCity (or SimCity Classic) is a popular city building simulation in which you, the mayor of a city, have to build a metropolis from the ground up. You can build police and fire departments, assign industrial, residential or commercial areas, manage power distribution, build ports and airports. Grow your city from village to metropolis and try to keep your citizens happy.
Abandonware DOS is made possible by displaying online advertisements to visitors.
Please consider supporting us by disabling your ad blocker. 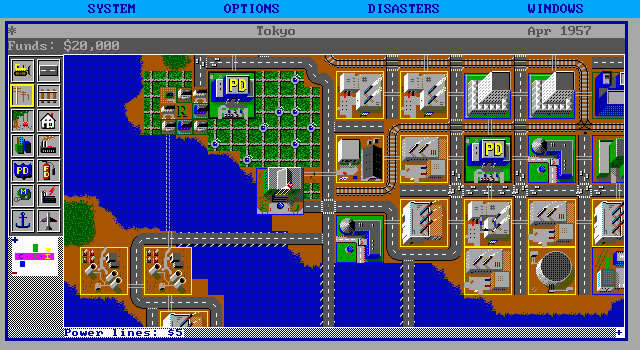 Main executable file (run this to play the game): simcity/simcity.exe

"As a stand-alone title, the first SimCity is an impressive execution of a very smart concept. Yes, there's room for obvious improvement, the limited interface holds you back, and much like with Theme Park you're building to maximize the efficiency of a model, not free-building the town as you please. Still, it's a fun challenge, and a great milestone to the genre." - Just Games Retro review

"It's difficult to explain why Sim City in so appealing. Perhaps it's because uoy're given the chance to "prove" you've got what it takes to run peoples' lives in a efficient manner. Perhaps it's just megalomania. (Yup Ed.) Whatever the reasons, Sim City will stay in your disk drive for a very, very long time." - Zero Magazine (1990)

"Another game to have spawned a thousand clones, Maxis' mix of town planning, crisis management and downright megalomania has achieved the impossible - to make urban politics fun! Build up your town from a green field site, populate it with people, give them a transport network and services, and then try to maintain law and order as they take on a life of their own. Defintiely not to be missed." - PC Review Issue 7 (1992)

The July 2005 issue of Nintendo Power stated that a development cartridge of SimCity for the NES was found at Nintendo headquarters. Never released, it is reportedly the only one in existence.

The above text is licensed under the GNU Free Documentation License. This text is based on this Wikipedia article.

Tell others what you think about SimCity: did you play it? Did you love it or hate it? 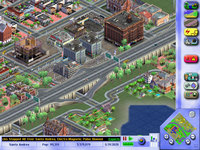 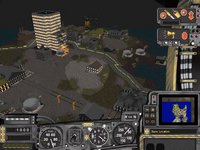 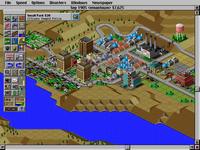 SimCity 2000
More from the same series 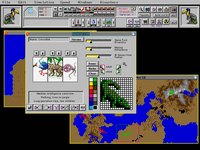 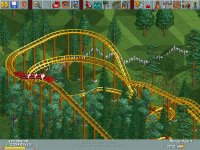 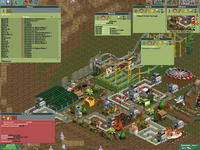 Roller Coaster Tycoon 2
Terms and conditions Privacy policy Cookie policy
We use cookies to improve user experience and analyze website traffic. For these reasons, we may share your site usage data with our analytics partners. By clicking "I agree" or if you continue browsing our website you're giving your consent to receive all cookies on this website and from third parties and you consent to store on your device all the technologies described in our Cookie Policy.
I agree
Click the link below to start the download.
The game is provided as a zip file "as is". There's no installer. To run a DOS game you need an emulator like DOSBox and/or a front-end like D-Fend Reloaded. To run a Windows game you will probably need a virtual machine.
Abandonware DOS is a free service. However, there are costs to sustain.
You can help with a small PayPal donation: you choose the amount.