Prince of Persia is an abandoned DOS platform game set in Middle East, developed and released by Broderbund in 1990. Designer Jordan Mechner created a game that made a lasting impression of gamers thanks to a clever use of a tecnique called rotoscoping which makes the animation of the protagonist very realistic.

How to play Prince of Persia

Prince of Persia runs in your browser thanks to Emularity.


More about Prince of Persia

Ultima 2: Revenge of the Enchantress
1983 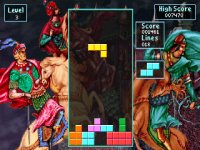